Book Junkies is a library for indie and small press writers. END_OF_DOCUMENT_TOKEN_TO_BE_REPLACED

JELVIA: NOT HUMAN SPIDER Bethany Roberts was born into a privileged life, but all that was taken away when, at nine years old, a car crash killed her older brother, and her mother received life-changing injuries. Beth’s younger sister was … END_OF_DOCUMENT_TOKEN_TO_BE_REPLACED

Please don’t ask me to name my “favorite”
science fiction writer. From Isaac Asimov to Rogers Zelazny, I could probably name
a favorite work by each—maybe, if you put a gun to my head.

Also, please don’t demand that I choose
between the authors of I, Robot and The Nine Princes of Amber, because I
can’t. They are only the first two legends of science fiction that popped into
my head as I tried to alphabetize a list of my sci-fi heroes. I didn’t even
take the time to compare and consider the works of Piers Anthony, Ray Bradbury,
Orson Scott Card, Arthur C. Clarke, Michael Crichton, Phillip K. Dick, Larry
Niven, or Jerry Pournelle, to name a few giants of the genre.

Modern cinema translates science fiction
novels from print to film better than just about any other literary work. Even
a well written short story by Phillip K. Dick can inspire a terrific feature-length
movie like The Adjustment Bureau. And
comic book characters such as the Hulk and Iron Man have become compelling,
believable characters in a live action science fiction adventure films which
rely heavily on computerized graphics to create somewhat realistic imagery for
the big screen.

Don’t believe me? Check out the list of the
top grossing films of all
time. Four of the top eleven should be considered science fiction movies.  Science fiction films are big business these
days.

And what writer does not aspire to see
their work translated to the big screen? Science fiction films are so visually
captivating that they don’t always require a great storyline to hold the
audience.

Avatar
was little more than an amalgamation of the plots
of Dances with Wolves, Coming to America, The Prince and the Pauper, Starship
Troopers, and maybe just a dash of Peter
Pan, packaged with an environmentally friendly message and set in a brave
new world. It was also the highest grossing film of all time, because James
Cameron created an amazing world in which to tell the same old story. Boy meets girl and they fall in love…so who
cares if he’s white, and she’s blue?
Let’s face facts…when Kirk, Spock, McCoy,
and an unnamed crew member all beamed down to an alien planet, there was no
real mystery involved when it came to guessing which one of them was about to
be killed by an evil extraterrestrial creature of some sort. But that doesn’t necessarily
stop us from watching to see whether he or she would be devoured or
disintegrated.

What elevates a science fiction novel to greatness?

Scientists had learned how to extract
prehistoric DNA from mosquitoes embedded in amber. Crichton merely fantasized
about what might naturally occur as a result of man’s hubris and misuse of
advanced technology. Crichton took that scientific achievement and gave us dinosaurs
roaming around a remote island that had been converted into a biological
amusement park. The crucial element of his story was that he used existing
cutting-edge technology to provide a reasonable
explanation for how the dinosaurs came
to exist on the island.

Therein lies the key to a great story—as
long as the author provides a plausible scenario allowing the reader to suspend
his or her disbelief, the story works. It is no longer just a good science
fiction novel, but a great novel in a science fiction setting.

My latest novel, Secondhand Sight, emulates Crichton’s style of writing science
fiction. Like the protagonist in Prey,
Crichton’s science fiction thriller about nanotechnology, the hero of Secondhand Sight, Dan Harper, is a computer
programmer by trade. Dan involuntarily takes a spiritual journey into the
surreal world of paranormal phenomena as he learns to trust his intuition. He is
an ordinary man thrust into extraordinary circumstances. Dan finds his normal
world turned upside down at a time of great personal duress by supernatural
phenomena he struggles to explain.

And most importantly, he learns to cope, and
ultimately rises to the challenge.

Scientists have been doing research on
heart attack patients and other survivors of a near death experience, looking
for common denominators in their experience. Doctors have conducted experiments
to test whether the visions reported by many dying people are real or
hallucinations. Patients have described what they claim to have unique, new
experiences while their intellect, or “mind”, apparently separated from their
physical brains. These temporarily dead patients remained capable of creating
new memories while their physical bodies remained in either a dying or dead
state.

Ghosts are merely an extension of that
idea. However, instead of a near-death state, the person in question now
maintains an after-death state. As
one of my favorite literary heroes, Michael Crichton, grew famous for doing, my
research for Secondhand Sight
involved observing the cutting-edge of scientific research–in this case of
near death studies, and asking, “What if?”
Secondhand Sight
Dan Harper is just an ordinary guy, having an ordinary day…until he ruins his tie during lunch. When he visits a thrift store near his office for an inexpensive replacement, merely touching a secondhand tie triggers a flood of gruesome images only he can see. Are they hallucinations, or suppressed memories?

Dan desperately wants these visions to be nothing more than a product of his imagination, but soon enough, he discovers real crime scenes and murder victims. Dan can no longer ignore the unseen powers forcing him to confront the demons of his past. Dark forces prod him to seek the identity of the faceless murderer haunting his dreams.

Dan’s worst fear is the suspicion he’ll eventually confront the face of this brutal killer in last place he wants to look – the mirror.
Buy Secondhand Sight in any format: http://www.eachvoicepub.com/secondhandsight.php
Buy Coastal Empire in any format: http://www.eachvoicepub.com/reviewsCoastalEmpire.php
Publisher page    Barnes and Noble    Smashwords

John “Rocky” Leonard was born in Savannah, Georgia and has spent most of his adult life in the northern suburbs of Atlanta. He holds a BBA in Management Information Systems from the University of Georgia and worked as a computer programmer for more than twenty years before becoming a writer.


John’s writing has also been influenced by shorter stints working as a
bartender, real estate investor and landlord. He has been married to wife Lisa
for twenty-three years and is the proud father of two and grandfather of three,
as well as pack leader for several wonderful dogs and a hostile Maine Coon cat.

The local color in his writing is equally authentic whether the setting is a
Georgia beach, downtown Atlanta, or the Appalachian foothills in north Georgia.

Here’s a coming-of-age fantasy book for those who love YA novels. AMOK by @natzers sounds fab! #fantasy #YA #comingofage #asian

💞 Well, a summer isn’t a summer without a Blobel novel! Book 4 in the Alinta Bay series is OUT NOW! @_iris_b #romance #downunder #Australian #contemporary #fiction

Touch Me An Alinta Bay Novel by Iris Blobel She loves the feel of his skin beneath her hands … Lexie Marshall packs up and moves 3,000 km east with her daughter Zoe, to forget and move on. Now, all that matters is her daughter and her new job. She tries hard to stay focussed, […]

Gothic✔ Spooky✔ Noir✔ This ghostly book will raise the hairs on the back of your neck! @phyllismnewman2 #gothic #noir #ghost #mystery #historical

The Vanished Bride of Northfield House by PHILLIS M. NEWMAN England, 1922. Times are hard. Anne Chatham is a clever, modest young woman with little money, no prospects for marriage, and a never-shared secret—she can see spirits. Anne finds employment as a typist at Northfield House, the grand country manor of the Wellington family. Her […]

Christmas in July? 🎄Well, why not! Especially when it’s a FABULOUS book by @peggy_jaeger #christmas #romcom #novella #romance #comedy 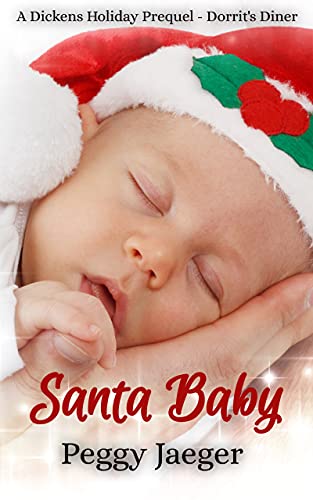